Disability is a state of mind, she proved it. Today we came up with the motivational story of Sudha Chandran. Despite physical disability, she became world class dancer!

At the age of 16, she met with an accident. She was coming back from Madras with her parents, and they met the major accident that left Sudha Chandran with a fracture and some cuts.
Unfortunately, while treatment was going on her leg, doctors missed a small wound in her ankle and plastered it! Later she came to know that the the gangrene is spreading throughout the leg. Whenever gangrene develops in the body, the body part has to be amputated to save the person’s life. Hence the difficult decision at this point she and her parents had taken is “amputate the leg”. Sudha’s leg was amputated in order to save her life.

Her dream was to perform the dance at the international level! And because of this accident she couldn’t dance anymore, people thought.

She followed the rule “NEVER GIVE UP“. She put all her efforts and energy to walk with the help of the crutches.

Six months after the amputation she came to know that Dr. Sethi from Jaipur, manufacturing artificial legs known as the ‘Jaipur Foot’. Here she gets more energy with the thought of “Dance on the stage with one artificial leg”. She has taken efforts to convince the parents to go to Jaipur and wear the artificial foot to practice the dance. Sudha knew that the artificial foot will be support to complete her dream to dance!
Fortunately, she was surrounded by people who believed in her, especially her parents and Dr. Sethi. She started the practice with artificial leg. Dr. Sethi gave Sudha rebirth!

Sudha knew that she believed in herself and could fulfill her dream. After two years of dance practice with the ‘Jaipur Foot’, she performed on the stage at the “South India Welfare Society” of Mumbai. She performed well on stage like that there is no artificial leg. No doubt, received a standing ovation from audience. Her dad, he just touched her feet as a tribute to a great artiste!

Sudha Chandran is now world-class dancer! She started her career with a Telugu biographical dance film Mayuri, which was based on her own life.
She achieved an identity as an Indian film and television actress and an accomplished Bharatanatyam dancer.

Sudha is an inspiration to many!
The most important thing can be learnt from her life, it is to “NEVER GIVE UP”.

Another Motivational Story of Parikshit Shah, on bed from birth helps his family – MUST READ.

————
TechnoVans team is collecting the motivational REAL stories to inspire the world. If you have such stories around you then please submit it to our email or through our contact us page, we will publish the story on our website. 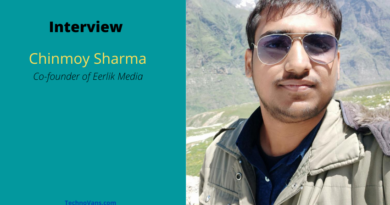 19 thoughts on “The Story of Sudha Chandran – Despite physical disability, she became world class dancer”