India has seen a massive flow of Tech Graduates to the Entrepreneurship in the past years. Now a new trend has begun, Ex-servicemen into Entrepreneurship. Generally, as there are many job reservations for Ex-servicemen, people go for such options clearing the competitive exams after retirement from Indian Armed Forces. But Subilal K, Founder & CEO of Deva Gyan Business Studio has approached the opportunity differently. He has founded the first IT Company in India by an ex-serviceman.

Work in the field which you love

Subilal K, from a small village in Kerala, had joined the Indian Navy in 2002 and had been appointed at various places. By his professional trade, he was into Aeronautical Engineering. But as he has shown interest in IT and IT-related jobs, he was given an opportunity to be with an IT team for some time. His dedication and passion for IT have brought him a major career shift. He has almost served in various IT departments in Indian Navy. With his 06 years of experience in IT, he planned to start an IT venture, and along with some of his subordinates, he started Dreamster Software Technologies Pvt Ltd and Deva Gyan Creative Studio LLP, both in Kochi.

The reason behind the IT Entrepreneurship

“Navy has given me the opportunity to learn and work in Information Technology. I got chances to work in software development and system administration simultaneously. I think I am bound to give it back to the country.” Subilal says the reason for his IT Entrepreneurship. Both of his companies are doing well in the highly competitive market. He says that the government support for startup companies is highly appreciated and I had taken Govt of India recognition also.

Also Read: What is the meaning of startup?

Encourage Ex-Servicemen to get into an Entrepreneurship

“Every Officer or Soldier in any armed force is being given a lot of training and opportunity to execute what he has learned. When they retire from the service and joins any other profession, like banking, the money, and effort invested by the country on them is getting wasted. Since the Entrepreneurship involves huge risk, we cannot push anyone. However, we shall encourage them to give back whatever they have learned from these top class training. If the Government can provide some support to the Ex-Servicemen getting into Entrepreneurship, then that would be a great support and we can use their experience for the country back.”

Take the business to the next level

Getting inspired by him, some of the other ex-servicemen had started their own ventures, at least on part-time. He is an upcoming branding consultant and trainer in the Kerala market. Today, looking at the requirement of digital brand strategies for every business, he has introduced a new concept of Business Studios. A business studio is where new brand strategies are built and executed in 360-degree operations to take the business to the next levels. The concept is being highly accepted in the market.

Subilal now takes training on Digital marketing and Status mentoring. He did many workshops for women entrepreneurs even at Kerala State Productivity Council and Kerala Startup Mission. His business has reached to multiple states such as Goa. 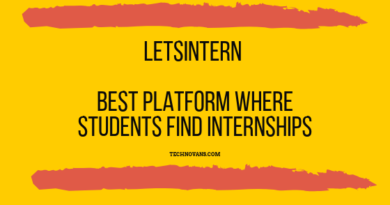 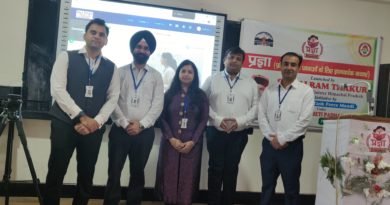 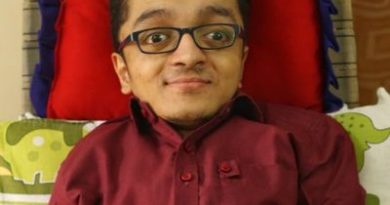 In this post, we are going to understand the 6 important factors on On-Page SEO. SEO ( Search engine optimization

Sharer this to:
Technology

How Tech Is Disrupting Leading Industries

Shannon Nogueira: A Journey from Mumbai to the World

5 Problems of Inbound Marketing and Their Solutions