How Nidhi left her job to start a clothing business

Ever since Nidhi Yadav watched Meryl Streep’s 2006 blockbuster film The Devil Wears Prada, she wanted to work in fashion. Born and brought up in Indore, Nidhi is a Computer Science graduate who worked at consulting firm Deloitte for a year and a half before realising what she really wanted to do.

During her year-end presentation at the company, Nidhi was asked a simple question that changed the course of her life: “When was the last time you wanted to go to the office?”

Her honest response was, “Never.”

“Basically, my mentors helped me realize what I wanted to do. I was encouraged to pursue fashion,” she laughs.

Soon, Nidhi enrolled for a one-year course in Fashion Buying and Merchandising at the Polimoda Fashion School in Florence, Italy. Although she got a job at Italian fashion brand Emilio Pucci, she soon returned to India to be with her family. It was in May 2014 that Nidhi launched AKS, which means reflection, with a seed capital of Rs. 3.5 lakh. AKS provides contemporary ethnic wear at an affordable price for women in the 18-35 age group. Today, the brand is available on Myntra, Jabong, Flipkart and AKS’ own website. The company also ships products across India, Singapore and Malaysia. It also has a couple of offline stores in Nagaland.

Nidhi’s story started in Gurugram. She worked for a local fashion brand in Gurugram for three months, she moved back to Indore, got married and soon became a mother of a baby girl. She told her husband that she don’t want to do a 9 to 5 job. So her husband encouraged her to work from home.

She thanks to her education in Italy, as she understood the dynamics of industry.

“I was not a fashion designer, but I knew what will sell. Although my family was shocked at first when I told them about starting up, they went on to support me”, She says.

To prepare herself better for fashion industry, Nidhi did six-months of research on international fashion brand Zara and wanted to replicate its supply chain in India. She explains, “Zara has a new collection every month. Those are sold out fast as there is a sense of scarcity. It gives discounts at the end of every month, rather than do an end-of-season sale.”

Nidhi felt there was a major gap in ethnic wear for women at the time. So, when she launched AKS, she ensured that it was launching 15-20 new styles every two weeks.

“Nobody else was doing it at the time. Today we have about 150 new styles every month, and a customer repeat rate of 35 percent,” she points out.

AKS’s designs are mostly trend-based, unlike Zara’s which are picked from the runway. Nidhi says that the company’s whole collection is not available all the time. “Once sold out, we don’t make the same designs again. Over a couple of years, customers have got that sense of scarcity,” Nidhi Says

During the initial months after setting up AKS, she and her husband would travel from Gurugram to Jaipur every weekend – with their infant daughter in tow – to source materials. Reaching an agreement with the manufacturers there was difficult.

Nidhi recalls: “We wanted to get 25 pieces of each design. But they wouldn’t take any orders for less than 200 pieces, as production is very expensive otherwise. But some of them let us cherry-pick styles and buy 20-25 pieces. As AKS grew, we began ordering up to 300 pieces.”

Today, the company has an integrated network of printing, dyeing, stitching and manufacturing units in Jaipur. It is also shifting 25 percent of its warehousing to Delhi.

Whether you are a man or a woman, work-life balance is equally difficult if you don’t have your family’s support. Nidhi was fortunate, though. In addition to taking care of their daughter, Nidhi’s husband Satpal would help out with AKS’s operations too.

“I used to go for every photo shoot and try on every sample before production. We did the cataloguing, designing and sourcing ourselves. Our warehouse was our home,” Nidhi recounts fondly.

She remembers how the duo would work till 3.00 am when their baby was finally asleep, allowing her parents to be at their creative best.

It was in the third year of business that the company moved to an office space with a team of 10. Today, AKS is a team of 52 occupying a five-storey commercial building in Gurugram. It is also associated with 250 tailors and workers through its partners.

And, Satpal has finally joined AKS full-time as a co-founder.

AKS also has plans to launch franchises and bring its manufacturing in-house. To scale up its offline penetration, AKS has already opened two offline stores in Nagaland and plans to open at least 10 stores across India by mid-2019. Nidhi dreams to see her company among the top 10 apparel brands of the country in the next five years. Success is a very comprehensive term for Nidhi.

“It is not limited to accomplishing business goals or achieving high growth. Inner happiness and satisfaction are the biggest ingredients of success for me,” she says.

Of course, you know AKS is closely intertwined with her life when she fondly says, “AKS is my second child.” 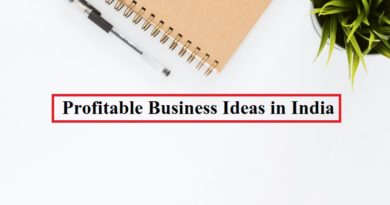 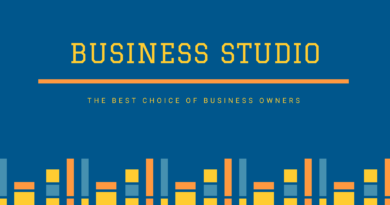